Available from our eBook collection, freely available to NYLI members. 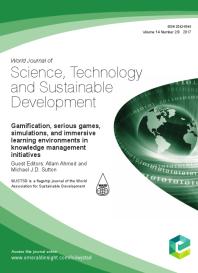 We are pleased to present this e-book of the World Journal of Science, Technology and Sustainable Development (WJSTSD) entitled, Gamification, Serious Games, Simulations, and Immersive Learning Environments in Knowledge Management Initiatives.This e-book of WJSTSD covers a wide range of dimensions and perspectives. The objectives are to review the emerging trends and cases where GAMING, SIMS, SGs, ILEs, VR, and AR are applied to the deployment of knowledge-based initiatives. 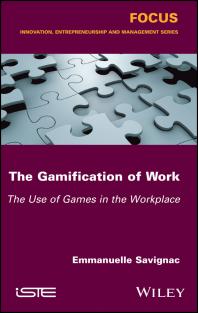 The Gamification of Work – Uses of Games in Workplaces

Emmanuelle Savignac
Despite the traditional opposition between play and work, games and their structure are increasingly used in workplaces. This phenomenon of using game elements or mechanisms in other contexts than games is named “gamification”. In workplaces, the gamification is supposed to abolish the separation between work and leisure or between constraint and pleasure. This book reviews a century of game theories in the social sciences and analyzes the uses of games in workplaces. We critically question the explicit functions (learning, experimentation…) which are supposed to be conveyed by games. Finally, we show that game, understood as a structure, could have efficient social functions in the workplace 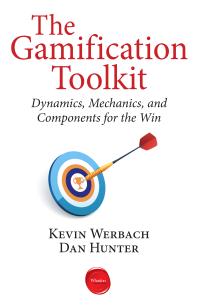 The Gamification Toolkit : Dynamics, Mechanics, and Components for the Win 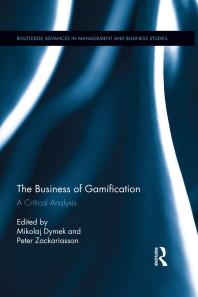 The Business of Gamification : A Critical Analysis

Mikolaj Dymek and Peter Zackariasson
At the turn of the century the term “gamification” was introduced as a concept to understand the process of using game mechanics in “non-game” contexts. The impact of gamification was soon evident to business practices where it had impact both on marketing and, more broadly, on the organizations themselves. As the number of individuals playing video games grows, there seem to be an acceptance of game mechanics elsewhere. Its effectiveness is highly dependent on both technical possibilities and cultural acceptance, two factors present today. The aim of The Business of Gamification is to critically analyze the practical and theoretical consequences of gamification.

By Ellyssa|July 17th, 2019|Announcements, New at NYLI|Comments Off on Gamification in the Workplace Hot Topic Spotlight

About the Author: Ellyssa

Ellyssa Valenti Kroski is the Director of Information Technology and Marketing at the New York Law Institute as well as an award-winning editor and author of 75 books including Law Librarianship in the Age of AI for which she won the AALL's 2020 Joseph L. Andrews Legal Literature Award. She is a librarian, an adjunct faculty member at Drexel and San Jose State Universities, and an international conference speaker. She received the 2017 Library Hi Tech Award from the ALA/LITA for her long-term contributions in the area of Library and Information Science technology and its application. She can be found at: http://www.amazon.com/author/ellyssa